In Memoriam: Remembering Those the Haitian Art World Has Lost in the Coronavirus Pandemic 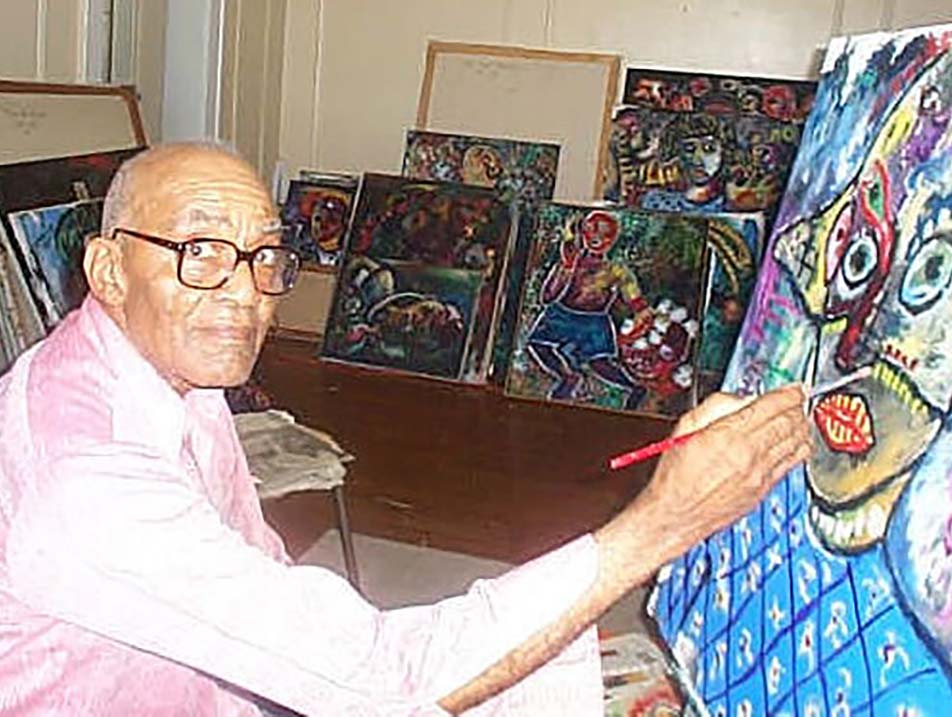 As the coronavirus takes lives around the globe, HaitianPainting.com is memorializing those in the Haitian art world who have died in the pandemic.

Celebrated painter Emmanuel Merisier, whose body of work came to light early in his life, has died on May 3, 2020 in New jersey, of Covid-19. Merisier’s work has been described as combining elements of Haitian Art traditions and aesthetic identity issues with mystical and modernist imageries.

Emmanuel Merisier, a modern primitive expressionist was born June 2, 1929 in Port-au-Prince, Haiti. He studied at the College de Beaubron Ardouin from 1952 to 1954. Inspired by other Haitian painters, he joined the Foyer des Arts Plastiques and the Brochette Gallery in Port-au-Prince.

Merisier came to New York in the mid-80s and studied what was done in the art world and, as Picasso was influenced by African art, Merisier’s Haitian background provided inspiration and nurtured his creativity.

Merisier's struggle with his artistic invisibility and his self-imposed isolation are his added strength. His works are deeply psychological and  mysterious. They are about mysticism, voodoo or life in Haiti. A prominent cross is seen in all of his paintings.

He participated in-group shows in Havana, Rio de Janeiro, Paris and Mexico, New York at the Brooklyn Museum. He uses a Modern Expressionist technique to tell the folk-stories of Haiti. His work is included in the permanent collections of Ramapo College in New Jersey.